Things To Do Around Clermont-Ferrand, France

When people visit France, most of them just want to visit Paris for it’s museums and beauty, architecture or south of France for wine and beaches.

Even if they get to the centre of France, many opt to visit Lyon. I visited this little city called Clermont, which is near to Lyon by 2 hours and is in the middle of France.

The most unique part of the city is that it is located besides a chain of dormant volcanoes on the south. The second unique thing about the city is that most of the buildings are built using black stones. The cathedral, which is the main tourist attraction in this city looks audaciously scary with its black stones when you visit it.

Fun fact: When visiting Clermont, Parisians jokingly say that the city is so polluted that the stones have turned grey / black – that’s obviously not true!

Besides visiting the city, here are a few things you could do around Clermont if you’re staying in the city for 3-4 days:

Puy de Dôme again is formed by dormant volcanoes. The chain of Puys is a pool of very old volcanos, and is actually competing to enter the UNESCO World Heritage sites list.

Once you get to the base of the Puy de Dôme – which is about 20-25 mins away from Clermont, you can either take the tram to the top or you could hike. I chose the second option and it is about one and half hour of excruciating hike. If you choose to hike, don’t forget to greet other hikers by saying a simple “Bonjour” with a smile. I didn’t see many Asians while I was hiking.

There’s a restaurant at the top of the the dome where you could snack or rest. The view from the top is beautiful! You can actually see other dormant volcanoes and there’s also ruins from a Roman temple of mercury from the 2nd century.

This tiny village is about 45 minutes away from Clermont and is claimed to be a 1,000 year old village.

What I really liked about this village is that it’s really really tiny and protected like a fort on all sides. The two times I visited this place during the summer, it was crowded with tourists – and rightly so. If you visit this village, check out the beautiful houses and their decorations. Remember, the village has tried to maintain its medieval and Renaissance look, so all you history buffs would really enjoy it here.

Don’t confuse this with the village above. ‘Super’ here means north or superior Besse.

A little ahead of Besse village, there’s a ski station where you can do various forms of physical activities. While the ski station is closed during the summer, there are various other activities you could try out here. You could either climb the Puy De Sancy by cable car / funitel or you could hike up there. It’s a 45 minutes hike. You can also buy a one way ticket, which costs around 7 Euros, and hike down the other way. You can also rent a mountain bike, if that’s your thing.

Also, do indulge yourself with local food over here. Auvergne is famous for its various kinds of cheeses. The ones I would highly recommend are Saint Nectaire, Blue Auvergne cheese, Fourme from Ambert (which is another kind of blue cheese), and Cantal.

You could also visit farms where these cheese are made. While Europeans are naturally lactose tolerant, do check whether you can consume so many types of cheese as an Asian. The last thing you would want to be is being sick in France!

Words and photos by Apurva Chaudhary 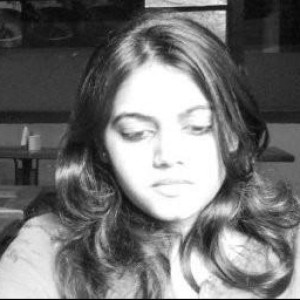 Apurva works at ClassMatrix.com, and hopes to bring a change in the education system. When not working, she travels extensively, within and outside of India.

Discover the world through l ...

thanks for sharing your stories and tips from Clermont-Ferrand, Apurva 🙂 the vista look breathtaking!

I'm Kaushal, a solo, slow traveller and digital nomad who started adventuring in 2007 while choosing to shuttle between Goa and Mumbai.

More info about me!

I was super thrilled to hang out with the Couchsur

If you're heading to #Expo2020Dubai, don't miss ou

The Russia Pavilion, @expo2020russia was among my

I managed to visit 150+ country pavilions at @expo

Just got done with an epic 10 trip focused on #Exp

Sustainability has become a buzzword in the times

It's been an amazing week of exploring and meeting